Four problems with brand partnerships and how to fix them

Brand partnerships can create a short-cut to competitive edge. Think of decades of James Bond driving Aston Martins, the daring duo of GoPro & Red Bull and the money-spinning match of Love Island & Uber Eats. But when they backfire, they are costly in terms of resources, time wasted and brand reputation, so it’s important to understand where mistakes commonly occur. Here I share some headlines from an article looking at the learning from unsuccessful brand partnerships I wrote for the latest issue of Admap (1), which focused on ‘Partnering for Growth’.

Brand partnerships can end up in a messy divorce rather than a marriage made in heaven for many reasons. But four of the key failure factors are as follow:

1. Misaligned values: when the two brands start out as seemingly compatible, but over time move apart in consumers’ minds, or, worse still, begin to conflict. Example: Lego & Shell.

2. Poorly defined agreements: when the two partners have not agreed every aspect of the partnership and its deliverables in enough detail, and are left disappointed. Example: Tiffany & Swatch.

The quality of the resultant Tiffany watches. designed and made by Swatch, was disappointing to the market, to loyal consumers and to Tiffany themselves. When the partnership broke down, a Dutch arbitration panel ordered Tiffany to pay almost $450 million dollars in damages to Swatch (2). Ow.

3. Lack of trust: when there is a lack of personal commitment in the deal, and the potentially valuable partnership turns sour through suspicion and hidden agendas. Example: VW & Suzuki.

Over time, it seems Suzuki believed that the German giant, with its upper hand in size, financing and global reach, was guarding technology rather than providing open access to it.

4. Poor execution: when the thinking behind the partnership is on strategy for both parties, but the actual implementation is misguided and damaging. Example: Pepsi & Kendall Jenner.

The Pepsi ad showing Kendall Jenner defusing tensions between police and protestors with a can of Pepsi was widely criticised for appearing to trivialise demonstrations aimed at tackling social justice causes. The brand pulled it after just one day. 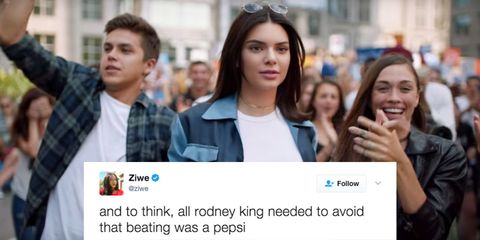 By ensuring partnerships don’t fall into these traps, brands have a far greater chance of success, and can really deliver in terms of brand distinctiveness and impact.

One example of such a partnership is the attention-grabbing Ford Mustang & Tinder campaign. Couples were matched after ‘swiping right’ on a profile that said: ‘It’s the date you’ve been waiting for – Ford Mustang wants to take you on a blind date like no other’. They hit the road in London for a date that ended up at a retro drive-in movie for two. On the way, a voiced ‘Cupid’ via the Mustang satnav ‘greased the wheels’ of the date by asking questions on everything from dream job to secret tattoos. After their brand enjoyed 1.5m interactions on Tinder (of which 83% of users are elusive 16-34 years old), a Ford marketer commented: ‘It’s got to be a good start to show up for a date in a Ford Mustang. It’s an iconic car with a built-in ability to turn heads.’