“This girl can”: how to create a brand movement

An interesting case study in Campaign shows how Sport England’s “This girl can” campaign created what could be called a “brand movement”: mobilising people behind a common cause for good. The objective was to close the sporting “gender gap”: 2 million fewer 14- to 40-year-old women take part in sport versus men, despite 75% of them saying they want to be more active.

The campaign shows ordinary women, recruited via ‘street-casting’,  taking part in sport with an “in your face” “Sweating like a pig, feeling like a fox” and “I kick balls, deal with it” are among the hard-hitting lines used. It certainly seems to have an impact, helping encourage 1.6 million women to start to exercising.

Below we look at some of the learnings from the campaign.

Like most great marketing campaigns, “This girl can” is based on a powerful insight. The team mined research from many different sources, including an ongoing ‘Active People Survey’, its ‘She Moves’ research and the Women’s Sport and Fitness Foundation’s (WSFF) ‘Changing the Game for Girls’ report.

The insight that emerged was that the fear of judgement by others is the primary barrier holding women back from participating in sport. This fear covers concerns over their appearance, with one woman in every four saying they “hate the way I look when I exercise or play sport” and 48% of girls saying that getting sweaty is not feminine. Women also worry about not being good enough, whether not being skilled enough, fit enough, or the right size. As Jennie Price, chief executive of Sport England, explained: “Some of the issues, like time and cost, were familiar, but one of the strongest themes was a fear of judgement.” 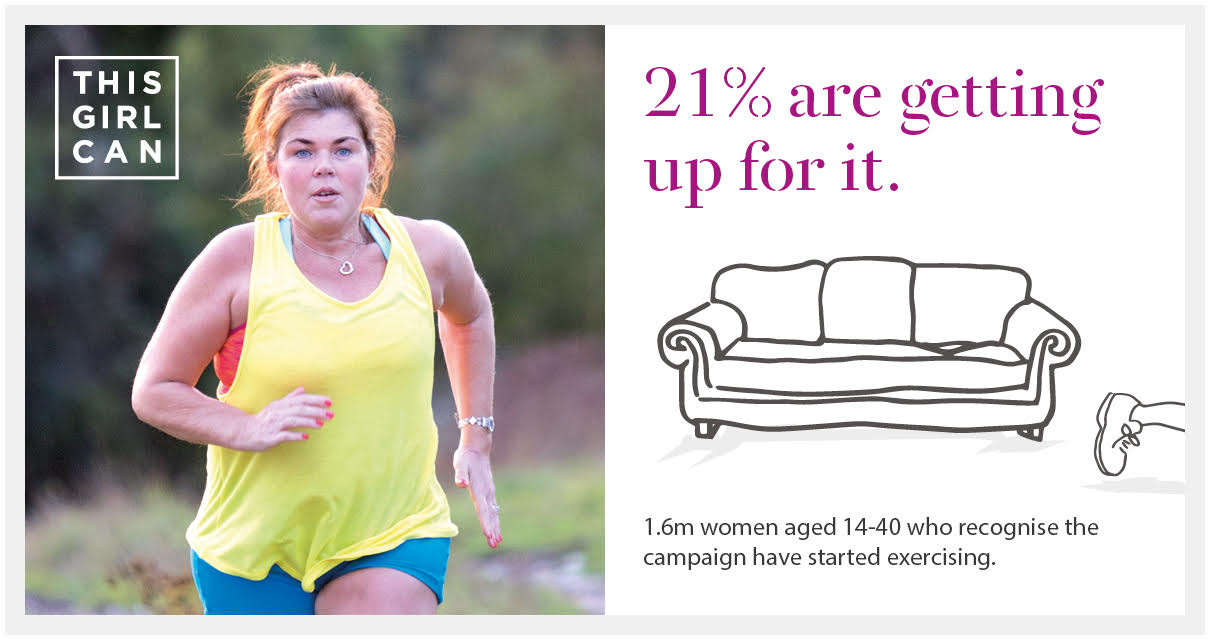 2. Bring the vision to life

We like using manifestos on brand projects, to really bring to life what a brand believes in and how it acts, as I posted on here. And this is the approach used by Sport England and their creative agency, FCB Inferno. “We developed a manifesto, rather than a traditional creative brief, to create a powerful emotion. The creative team needed a strong strategic springboard,” explains Sharon Jiggins, the agency’s managing director.

The manifesto was: “Women come in all shapes and sizes and all levels of ability. It doesn’t matter if you’re a bit rubbish or an expert. The point is you’re a woman and you’re doing something.”

Much talk has been, of course, about the social media aspect of the campaign. And the figures are indeed impressive, with an “active social-media community” of 500,000, more than 37m views of the film on Facebook and YouTube and 660,000 tweets about #thisgirlcan

However, what is interesting is how the campaign was ignited by use of good old TV advertising.The 90-second ad launching during the most conventional, mainstream shows of them all, ITV’s Coronation Street, and was complemented with outdoor advertising.

This is a good example of using initial TV advertising to get broad reach and create the initial “spark” to ignite the campaign, with social and digital then used to “fan the flames”. 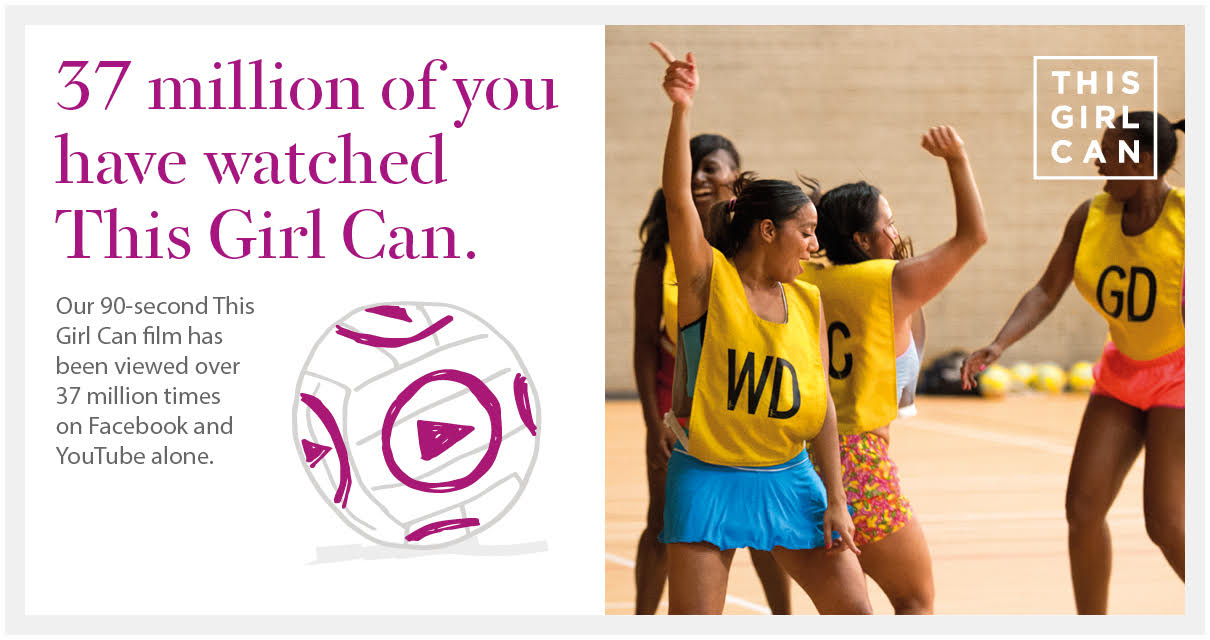 Many brands face the challenge of trying to drive consistency of exception across multiple teams of people, especially global brands or service brands. And this challenge was significant for the “This girl can” campaign, with more than 8000 supporters involved. These ranged from small local sports clubs and individual fitness classes right through to big organisations such as the FA (Football Association).

To encourage collaboration within a consistent brand framework, Sport England set up what we call a “marketing shop”. This is a central, easy to use online toolkit, which enabled stakeholders to use the “This girl can” branding and logos for their own marketing campaigns.

I really like the way This Girl Can has expanded beyond a communication campaign into more of a business model, or perhaps in this case a “participation model”. The campaign website has suggestions on sporting activities, with links to partner websites where you can find a class to join. It also showcases case studies of real women who have joined the movement. In conclusion, This Girl Can shows that even in today’s digital age, an effective campaign starts by turning a powerful insight into an inspiring brand idea that is brought to life.