How did Microsoft get its mojo back?

Microsoft’s market valuation pulled ahead of Apple for the first time since 2010,  confirming how effectively CEO Satya Nadella has revitalised the once ailing company. The share price has trebled since Nadella took over in 2014, after years of static stock price valuation under former CEO Steve Balmer. Revenue growth rate in Nadella’s first five years as CEO  of 7.5% is faster than the last five years under Balmer (5%). And latest fiscal year revenue growth is even stronger, up 14% to $110 billion, with operating income up 21%.

So, how did Nadella help Microsoft get its mojo back?

Nadella started by setting a clear vision, based on remembering and refreshing what made Microsoft famous. “We will re-invent productivity to empower every person and every organization on the planet to do more and achieve more,” he said in an internal memo (1). He also had the foresight to correctly predict that “The world is about cloud first, mobile first.”

This set Microsoft back on a path to growth, after years messing around trying to be a cool consumer brand that could compete head on with Apple. I posted here back in 2011 about a cringeworthy multi-product campaign featuring a cheesy dad disco dancing and being helped out by his hip, e-enabled kids. And this post reported the demise of the Zune MP3 player, which managed a meagre 1% market share.

Nadella also seems like a more inspiring leader than Balmer, based on what I’ve read about him. He certainly looks more like a future-focused leader in tune with times. Check out the images below comparing him on stage (right) with the cringe-inducing photo (left) I posted here of Steve Balmer and his be-suited board members attempting to proclaim that ‘The WOW starts now!”

Nadella made some painful but vital decisions to kill of businesses that were distracting Microsoft from its core business. In particular, he took a massive write-off of $7.6billion on Nokia, the ill-fated attempt of Steve Balmer to try and grow Microsoft’s stand-alone Windows-based mobile phone platform.

The re-focus on productivity for professionals is shown by Microsoft’s acquisition of LinkedIn for $26 billion for LinkedIn in 2016. This business has continued to grow under Microsoft, with latest quarter revenues up 37% to almost $400 million.

Microsoft has refreshed its Office suite of productivity software by shifting the business model from from selling software licenses to to a cloud-based subscription service. This cuts upfront revenues but creates a steady future revenue stream. It also has the benefit of creating an ongoing customer relationship that ensures the user has the most up-to-date software. The approach seems to be working, with Office Commercial revenues growing 10% to $598 million in the latest year, mainly due to growth in subscribers.

Microsoft has expanded the reach of its products by driving distribution. Having given up on building its own mobile platform and being stuck in a niche, Nadella changed tack by putting its Office software on Android and Apple iOS platforms. His focus was again on pushing the productivity benefits of Microsoft. “I’d like to call it the ‘iPhone Pro’ because it’s got all of the Microsoft software and applications on it,” he said when doing a demo at on event in 2015. 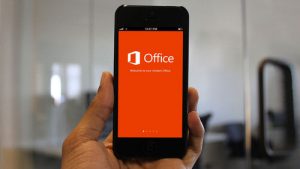 Perhaps the biggest, boldest and most important move has been Microsoft’s push into the exploding cloud computing sector with Azure. The intelligent cloud business now accounts for about 1/3 of Microsoft’s revenue, and is growing like a rocket, with Azure revenue up 89% in the latest quarter. This is a brilliant bit of brand stretching, leveraging Microsoft’s expertise in software and the trust built up from 30 years serving enterprise customers. 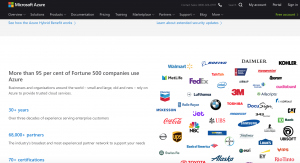 In conclusion, Microsoft is an impressive example of how a new CEO can help a company get its mojo back, by remembering and refreshing what made it famous.