The bad and the mad of the brand extension graveyard

A reminder of how overcrowded ‘the brand extension graveyard’ is popped into my in-box this week. Thanks to brandgym blog reader Mark James for sharing a CB Insights article (1) with now fewer than 132 brand extension failures.

Below I explore some of the learnings from the bad and mad of these brand extensions, building on the findings from our book on the topic: Brand Stretch: Why 1 in 2 Extensions Fail, and How to Beat the Odds. 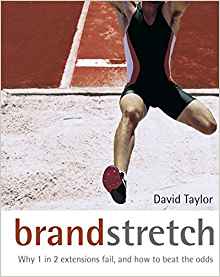 1. Don’t sacrifice a primary benefit for a secondary one

People do literally ‘want it all’. They don’t like trading off a primary benefit, such as the taste of french fries, for a secondary one, such as health. This helps explain why Burger King’s Satisfries failed to take off. The french fries might have been a healthier option, but “execution fell flat, with consumers reporting that they had a tougher outer coating and a drier texture.” (1)

Key action: ensure that any brand extension has at least acceptable performance on the primary benefit. For example, before stretching into under-arm deo, Dove invested many years of R&D to ensure it had good odour protection (primary benefit) to complement the secondary skincare benefit it offered. 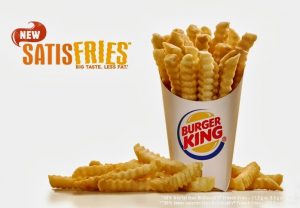 Crystal Pepsi was developed to tap into consumer’s interest in purity and health back in the 1990’s but the drink didn’t catch on. One reason was the breakage in ‘memory structure’: Pepsi Cola is associated with a dark black colour, so a clear Pepsi created confusion. It seems most people still expected a cola taste, whereas in fact it was citrus flavoured.

Key action: don’t break your brand’s memory structure, build on it, as Pepsi did with the launch of Pepsi Max, offering great taste with no sugar. This variant now accounts for over half of Pepsi’s UK grocery sales. 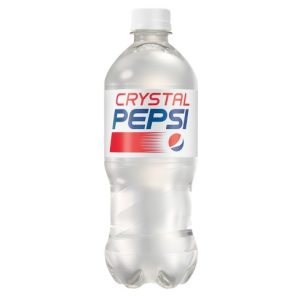 The Amazon Fire Phone was an attempt by the eCommerce giant to enter the huge but highly competitive mobile phone market. This phone might have had some emotional ‘sizzle’ from the association with the Amazon brand, acting as an underdog challenger against Apple and Samsung.

However, the Fire Phone simply lacked product ‘sausage’. “The device turned out to be clunky and have limited app options” (1). This is reflected in the weak benefit communicated in the ad below, which feels like a ‘brand ego trip’: a brand relying on its past reputation as a reason to buy the extension (‘The first smartphone designed by Amazon’).

Key action: don’t rely solely on emotional sizzle when stretching your brand. Ensure you also have some product sausage that brings relevant functional benefits, as Amazon did with its Kindle eReader. This extension seamlessly integrated with the Amazon website for easy ordering and downloading of eBooks, and has been rejuvenated with a stream of renovation, helping Amazon become the market leader with a 60% share (2) 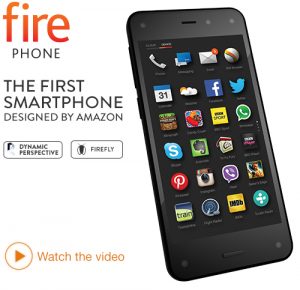 McDonald’s launched Mighty Wings in 2013 as an attempt to ride the wave of growing demand for lean protein like chicken. However, “the burger giant had 10 million tons of unsold, frozen chicken wings to get rid of after the initial run of the ill-fated product“(1). Value for money seems to have been a key issue, with CEO Don Thompson accepting that prices were “not the most competitive.” (3) The wings came in packs of three for $3.69, five for $5.59, and 10 for $9.69: $1 per wing was pricey at a time when people are watching what they spend (3).

Key action: value for money is one of the key reasons for brand extension failure, so work hard to make your new product or service price competitive and that any price premium is justfiied. Sizing can be one way round this, offering a slightly smaller size than your regular product to minimise the price per pack premium. 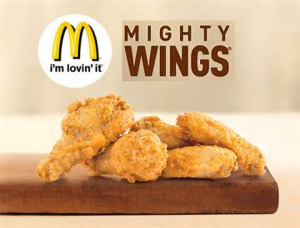 Key to brand stretch success is entering a market where your brand can bring relevant added value. It’s not enough just to have brand awareness, the brand needs to ‘bring something to the party’ that competitors don’t currently offer.

Life Savers, the candy brand, created a beverage in the 1980’s that did well in taste tests. However, when Life Savers Soda was launched it flopped in stores. “Consumers thought (the brightly-colored beverage) would taste too much like drinking candy” (1).

Key action: ensure your brand brings relevant added value to a new market, such as the Mars brand bringing trust and taste credentials to the chocolate milk market. Mars has helped make chocolate the most popular sector in the UK’s £300m flavoured milk market, with a 30% share, and reported a 3.4% increase in sales value in 2017 (4) 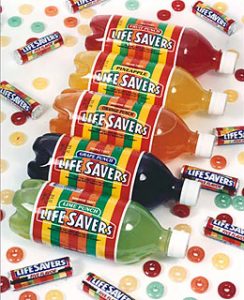 6. Swim with the cultural tide, not against it

Heinz Ez Squirt Ketchup had initial success after its launch in 2000, transforming the traditional red product into a fun, multi-coloured and playful experience for kids. However, the vibrant color hues of EZ Squirt’s were “achieved by stripping the red color from traditional Heinz ketchup and adding food coloring” (5), smimming against the cultural tide: the parents who purchase ketchup were becoming increasingly concerned about naturalness and family health.

As a result, the appeal of artificially created flavours like ‘Blastin’ Green’, ‘Funky Purple’ and ‘Passion Pink’ stated to wane and the novelty wore off, with the product discontinued in 2006. “Parent are wired to believe that ‘fake food is bad food’. If they suspect the product isn’t as healthy as it should be, it will never make it into their shopping carts,” commented a Fast Company article (5).

Key action: fully understand the ‘cultural truth’ in your target market, to blend with a ‘brand truth’ and a ‘human truth’. Hellmann’s did this with core renovation to make all its mayonnaise with free range eggs, tapping into cultural issues regarding animal welfare. 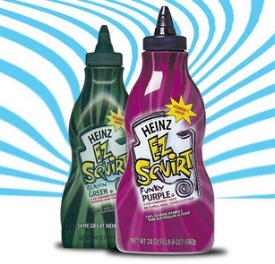 7. Focus where you have ability to win, in the long run

Its one thing to launch a brand extension. Its another thing altogether to have the resources and determination to stay ahead of the competition in the long run, as Nike found out with the Fuel Band. Nike was a pioneer in ‘wearable technology’, launching Fuel Band in 2012 with some initial success.

However, the market become more and more competitive, with direct competition from brands like Fitbit and Jawbone, and indirect competition from smartphones, including Nike’s alliance partner Apple (CEO of Apple Tim Cook has been a Nike Non-Exec director since 2005). Nike struggled to have enough resources to compete effectively. In particular, growth was limited by a failure to offer an Android version until 2014, two and half years after launch (6). And the product’s read-out started to look more and more primitive as the competition moved ahead in leaps and bounds.

The launch of the Apple Watch in 2015 seemed to be the final straw, with Nike closing the Fuel Band business down. Interestingly, Tim Cook of Apple became Nike’s lead independent director a year later, in 2016.

Key action: focus your brand stretch efforts in areas where you have the long-term ability to win. In the case of Nike, the company has moved away from digital hardware to focus on software and apps, with its ‘Consumer Direct Offense’ strategy that aims “to serve consumers personally, and at scale.” This includes fitness coaching apps for smartphones, and in-store services being launched initially in Nike’s new New York flagship store. A members-only fifth-floor space will offer exclusive products, customization and one-on-one appointments with “Nike Experts” (7).

Finally, there are those brand extensions which are so bad they are mad, and defy belief.

Colgate’s extension into Ready Meals  in the early 1980’s is a prime example. It falls down on almost every one of the seven failure factors outlined above.

Indeed, this one is just so plain bonkers that there are even questions now about whether it even actually got launched at all! (the pack below is a mock-up from the Museum of Failure). 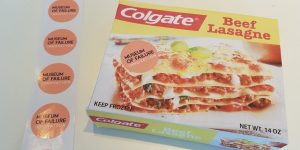 In conclusion, brand extension is a tricky business. As I say when speaking and teaching on the subject, you have a better chance of making money by betting on roulette, where you at least have a 50% chance of winning (an estimated 70% of brand extensions fail). The tips above won’t guarantee success, but they will hopefully reduce your  chances of failure!