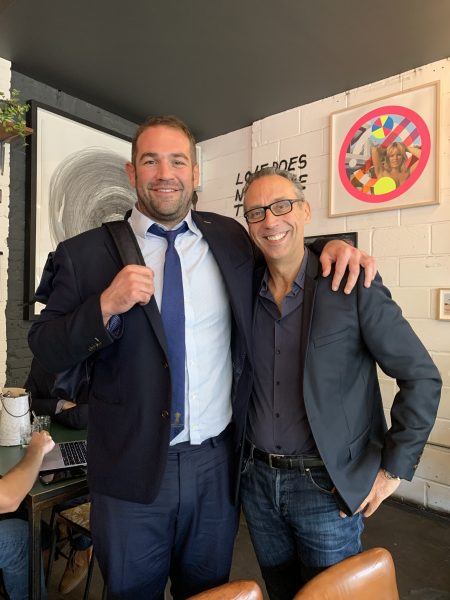 This week’s post is about a brand that literally combines product ‘sausage’ and emotional ‘sizzle’ to create a compelling proposition. I caught up for breakfast with Ollie Kohn, co-founder of the Jolly Hog, purveyor of premium pork products. I was keen to get an update five years on from our first meeting, when I offered some initial thoughts on the brand’s positioning and growth strategy.

It was nice to hear how well the brand and business has grown, and also spend some time with a legendary player of Harlequins, the rugby team I’ve passionately supported for 12 seasons.

The Jolly Hog story is particularly relevant for brands on a tight budget, as the team have created a multi-million pound business without any conventional advertising, but has valuable lessons for bigger brands too.

1. It all starts with the sausage…

The Jolly Hog brand, like most strong brands, is built on a great product. The sausage recipe was refined through experimentation in the kitchen to get the taste just right. The sausages have a high meat content, with no rusk of bulking agents used in some other sausages, using prime cuts of British, outdoor-bred pork. More recently, the bacon and sausages have both won Great Taste stars in 2017 and 2019.

2. Focus on the core

Ollie and the team have stayed focused during the initial years of brand building. They built a strong core sausage business and have then stretched into bacon. This allows them to leverage their expertise in pork products and also their retail contacts, as bacon is sold in the same part of the store with the same buyer.

The Jolly Hog brand has designed a distinctive visual identity with great shelf stand-out. The team took the smart decision when we last met back in 2014 to cut the name down from the original ‘The Jolly Hog and Sausage‘, making it easier to remember (consumers tend to shorten a name to 3-4 syllables anyway). Second, the brand has a distinctive symbol that combines the brand name with the pig snout and ears. The uneven typeface and slightly ‘worn’ look adds a hand-made, crafted touch. 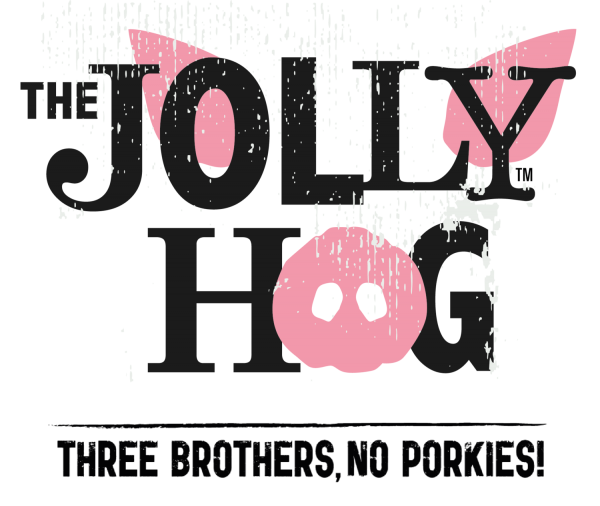 4. Tell a story with sizzle

A nice thing about the Jolly Hog is the story of how it was created by Ollie and his two brothers. This gives the brand a human face, and makes it feel authentic, adding some emotional sizzle. After our previous meeting, the brand started using a tagline to sum up the story including the commitment to product quality: ‘Three brothers, no porkies!”

Ollie’s rugby playing background adds some spice to this story, enhancing its PR value. The story is used as part of the display at events (below) and also features on the website. The Jolly Hog is now benefiting from hard work put in during the launch phase to create ‘immersive trial’ via promoting the brand at live rugby events. This meant that people discovered The Jolly Hog at a live sporting event with an enjoyable, memorable atmosphere. These positive associations could then become part of the brand’s ‘distinctive memory structure’. The initial event-based business also allowed the Jolly Hog to perfect the product and generate some initial turnover. This provided a solid foundation that then allowed Olly and the team to successfully pitch to the big retailers. The Jolly Hog secured listings in Sainsbury’s and Ocado, with other discussions ongoing.

The Jolly Hog team have done a good job of creating some buzz and PR about the brand to build awareness. First, the product has talked for itself, with Michel Roux Junior, he Michelin-starred chef, saying live on GMTV that The Jolly Hog was his favourite sausage. Second, the story of Ollie and his brothers has been picked up in the press, including this article in The Daily Telegraph. Finally, connections with the Harlequins rugby team have been used to generate PR, including some priceless bits of visual branding by Quins and England rugby star Joe Marler: another example of influencer advocacy that we posted on here. In conclusion, The Jolly Hog is a great example of combing sausage and sizzle, using a compelling story and distinctive visual identity to build your business with limited marketing fund.

To try The Jolly Hog for yourself, click here for stockists or to buy online.

For more insights on brand positioning check out this other brandgym blog post: https://thebrandgym.com/jack-daniels-taps-into-a-triangle-truth/