So, who won the Super Bowl on Sunday night? No, not the Kansas City Chiefs, that was just the football game. I’m talking about the trophy that really matters: the most effective ad from the 58 that ran on the evening! In this post I draw on testing data (1) from one of our network of  partner insight agencies, System 1, to answer this question and draw out some lessons.

System 1 use ‘implicit’ methods of testing that tap into peoples’ emotions to assess the likely effectiveness of an ad. Below we look at four ads which range from poor (1*) to average (2*) to Superbowl winners (5*). The winners combined emotional ‘sizzle’ and product ‘sausage’, in addition to better integrating celebrities.

Microsoft’s ad, like all four ads covered here, made use of a celebrity to create impact and tap into ‘borrowed memory structure’: by featuring someone famous, the brand hopes to associate itself with the same values and attributes. The ad stars Katie Sowers, the San Francisco 49ers Assistant Offensive Coach, who made history by being the first woman to ever coach in the Super Bowl.

What it does well:

I wonder if Microsoft did miss a trick by not making more of the idea “When you have a dream, bring it to the Surface,” which is mentioned in the text on YouTube and was featured in a previous Microsoft ad. I guess that for the Super Bowl they wanted more of a masterbrand message (Be the One) versus a product message.

Jeep also use celebrity but in a different way, with Bill Murray replaying his role in the movie Groundhog Day. Murray’s looped life is made more enjoyable by a Jeep Gladiator that he drives on different adventures each day.

What it does well:

Middle of the road

Tide’s ad for Power Pods scored a mediocre 2.7* placing it bang in the average spot. Again, it features celebrities in the form of actor Charlie Day and actress Emily Hampshire (as a Brit I had to Google them).

What it does less well:

Bottom of the class

Poor old Pepsi Zero Sugar managed to blow a boatload of cash on an ad stuck way down at the bottom of the scoreboard with a 1.5* score putting it 57th out of 59 ads tested.

What it does poorly:

The brand’s YouTube page claims that the pack “is looking better than ever”, and on exploration I found that the ad is trumpeting a new design for Pepsi Zero Sugar, which may partly explain the lack of story: its a classic example of ‘spot the difference’ pack re-design, and not one that seems to justify an expensive celebrity-endorsed Super Bowl ad! 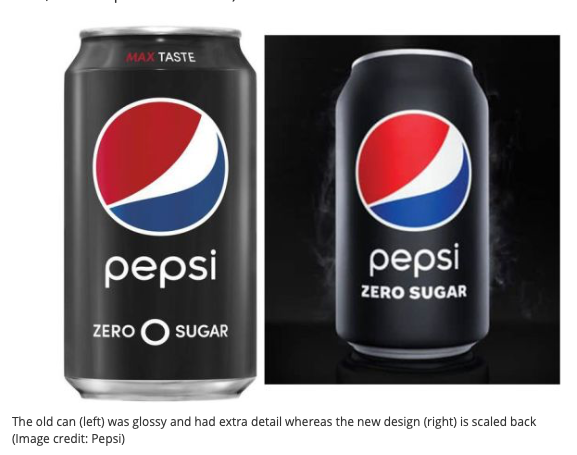 In conclusion, System 1’s Super Bowl league table shows how effective ads tend to come from telling a product story in a an emotionally involving way, ensuring that any costly celebrities are integrated into the story in an authentic way that taps into their borrowed memory structure.